How does an electric shower 'thermal cut out switch (TCO)' work?
Print

Has your electric shower gone cold on you?

Maybe you also heard a clicking noise as this happened?

One of the most common reasons for this is a failed Thermal Cut Out switch. Also referred to as a TCO.

A TCO is an important safety component in an Electric shower. The function of this part is to cut the power to the heater element(s) if the temperature inside the unit gets too high. This is to protect the unit from overheating and the user from a sudden scalding. Essentially, a TCO contains two bonded metallic strips which expand in different directions when there is a temperature change beyond it's set factory calibrated tolerance. When the strips move apart, this interrupts the electrical supply between the terminals - acting as a switch. 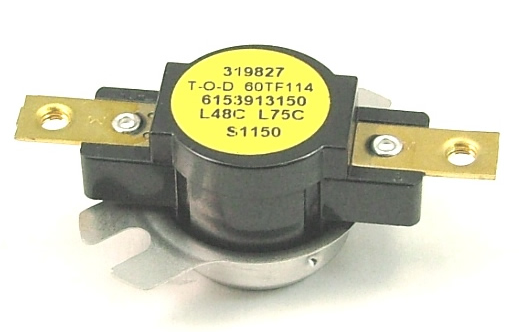 In some instances, a TCO can begin working again after the shower has been powered off and has cooled down, however this can be intermittent and they often fail entirely. To check if a TCO has failed, an electrician can test for continuity across the TCO terminals with a multimeter (with the shower isolated and made safe). The circuit will be open through the TCO if it has failed. If the TCO is 'good' the circuit will be closed and the multimeter will emit an audible tone.

We sell a great value Multimeter by Hayes as part of our Practical Supplies range, you can find this here.

Don't forget to investigate the cause of the TCO failing

It's important to consider the root cause of why the TCO may have failed, before replacing the part. A failed TCO often points to another fault within the shower, such as blocked inlet filters, a blocked shower head, a blocked/kinked hose, or a scaled-up heater tank.  In most cases, we often find limescale build up on these parts to be the culprit.

These faults would cause the water flow through the heater tank to be reduced, meaning water spends more time in the tank. The water then gets too hot and the shower overheats - which the TCO senses and interrupts the power supply to the tank as a safety measure.

The above faults would need to be rectified before fitting a new TCO, otherwise it will most likely fail soon after replacing.

Note: If the shower is set on the highest setting through the summer or the temperature is turned up too quickly this can also have an impact. For more information see Seasonal effects on electric showers.

For more information or to troubleshoot your shower further, why not take a look at our handy Fault Finder which covers other reasons for showers becoming cold or tepid. In most cases though, we suggest to investigate if the TCO has failed first before looking at other components.

Or for help identifying your thermal cut out switch, or the shower itself please take a look at our guide: Finding your shower or part (including identification tips and support).

Or visit us at www.showerspares.com to browse our large range of TCO switches.