Water running into the toilet pan is a common fault experienced at some point on most toilets. This is caused by water escaping past the flush valve seal.

If you experience this fault, the best course of action is to first inspect the bottom of the flush valve within the cistern.

Check there is no debris or limescale build up between the valve gasket/seal and the bottom of the cistern. If you have used cistern cleaning blocks previously, these break down and sometimes pieces can get stuck - preventing a seal.

On some toilets, the gasket at the bottom of the flush valve will perish, and these can often be replaced. As an example, the Geberit 63mm flush valve flat gasket (816.418.00.1) is a common one used on many Geberit flush valves.

If this is not available for your flush valve/cistern, often you will need to replace the whole flush valve.

Some cisterns feature a basket/seat in the bottom of the cistern, which the flush valve sits into. If this features an O-ring on the stem, you may be able to re-seat the O-ring to solve the leak.

See the example below for the Grohe AV1 flush valve: 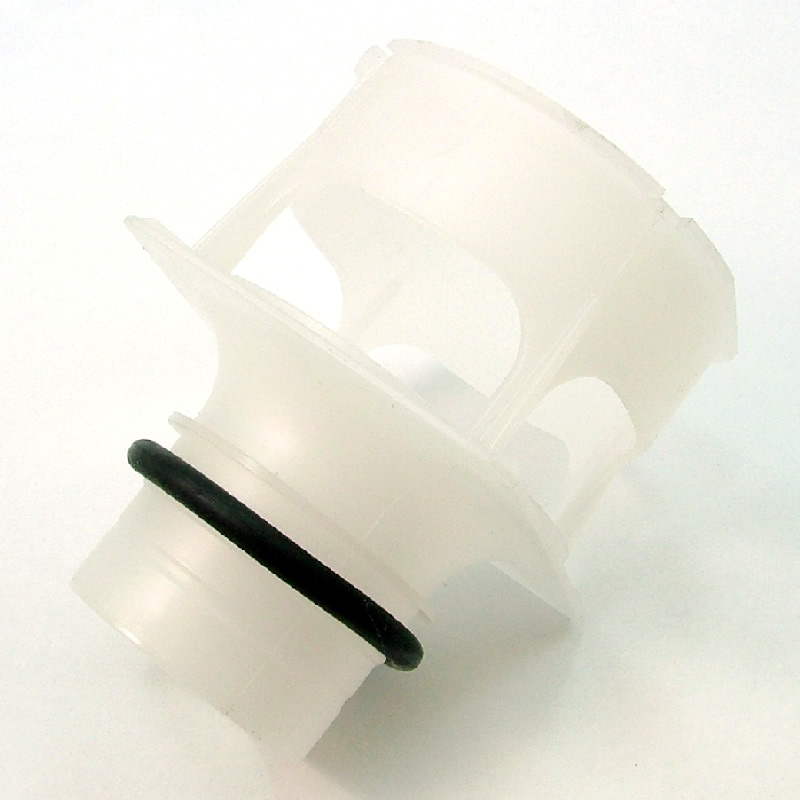 First, remove the seat (above) from the cistern, you will then see a large black O-ring seal n the bottom of the basket.

Then, roll this O-ring seal down the cylindrical part of the basket until it nearly falls off. Gently refit the basket to the cistern and you will find the O-ring seal will roll up back into its natural groove.

If water still runs into the pan after you have done this you will need to replace the complete flush valve or basket/seat. 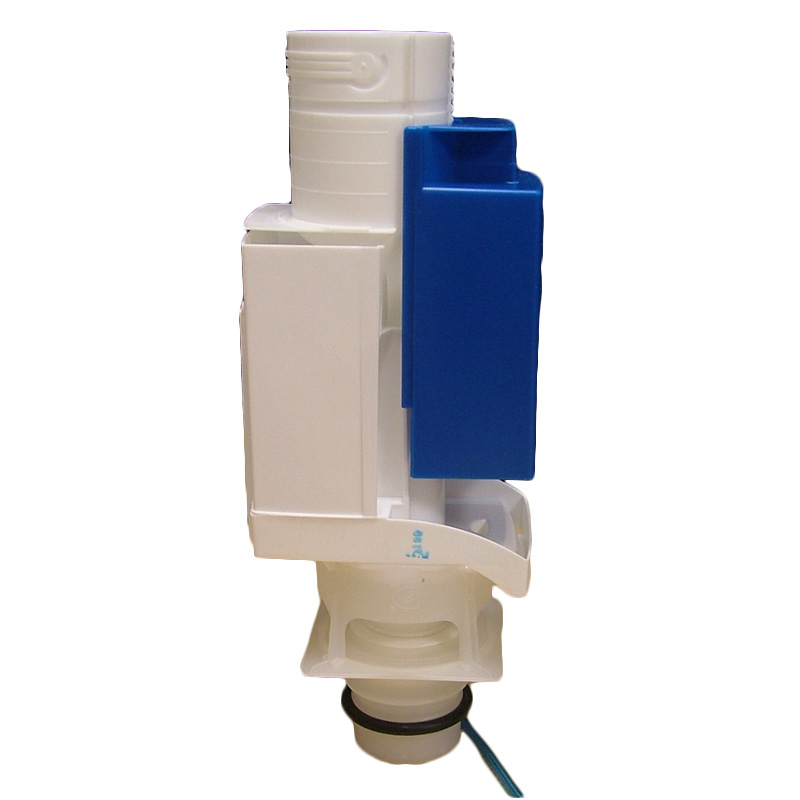