What is a shower cartridge?
Print

A shower cartridge is an important component within a mixer shower. These are usually made from Brass or nylon and come in a variety of different shapes, sizes, colours and designs.

Unsure on your cartridge or part required? Why not try to identify your shower?

See Need help identifying your Shower or Part? for more assistance with this.

Important: Before removing a cartridge from a shower, it's important to isolate the water supply to prevent a flood of water out of the shower valve. 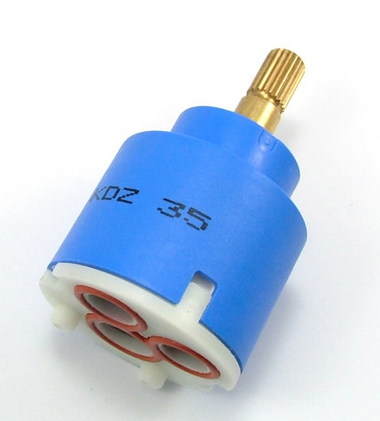 A fitting used to control the direction of water to various outlets. May also be spelled divertor.

An example would be the Mira Coda/Atom diverter cartridge (1836.170)

(Some manufacturers, such as Grohe, may call flow cartridges aquadimmers.) 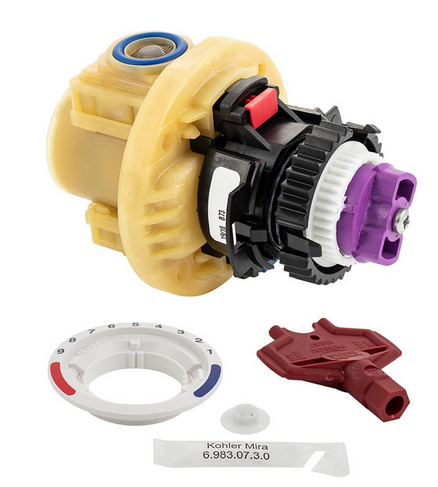 It can compensate for variations in the temperature and/or pressure of the incoming water supplies, to maintain a selected blended temperature.

An example would be the Mira Excel thermostatic cartridge assembly (903.33). 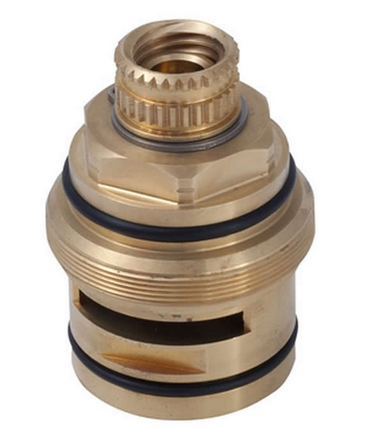 Some showers have a cartridges which come in a few parts to make up a whole cartridge. Depending on the fault you are facing, you may not need to replace every component in showers which work in this way.

A common example is the Bristan thermostatic half cartridge assembly (SK971006) 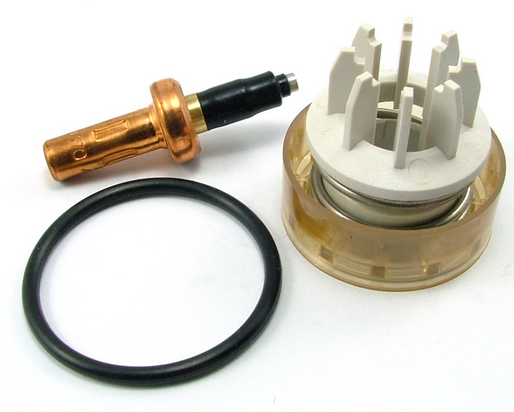 The SK971006 is paired with the Sirrus thermostat and piston assembly (SK1500-3) to allow the shower to control the flow and regulate the temperature.

The SK971006's brass body essentially works as a flow valve, whereas the thermal wax element (aka wax capsule) and piston/shuttle assembly work to regulate the temperature.

Commonly this type of configuration is seen in many Bristan/Sirrus and Grohe showers, among others.

For more information on the Sirrus cartridge range see our article on these here.

We sell hundreds of cartridges for many showers and can even source cartridges which aren't listed on our website - providing they are still available from major manufacturers.

All of the cartridges listed on our website are here.

For a glossary on shower jargon, see our Shower Spares Glossary.